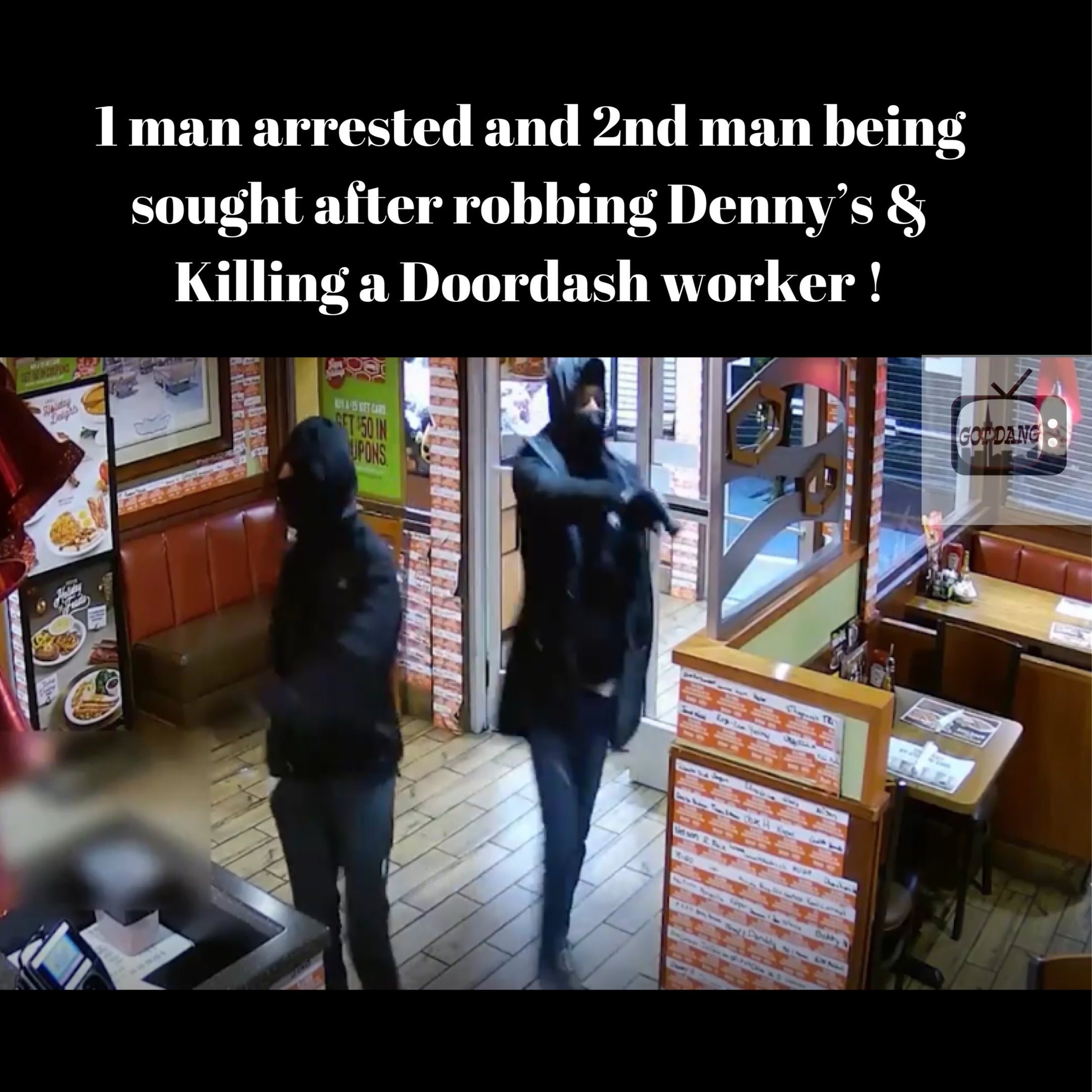 Earlier in the week TMZ released the video of two men who shot and killed a Doordash Driver while robbing the food chain store. Now the Cops have arrested one of the men and the 2nd man is being sought but identified.

According to fox 5, It happen at about 2:30am when the doordash delivery driver was coming to pick up an early order. Jason Anderson (22) & Ryan Thomas(22) walked into the Denny’s and tried to rob the place on Dec 26 a day after Christmas. Now Jason Anderson will be facing Murder. While second man is being sought and will likely receive same charges. It was also said that they were linked to a string of robberies & also killed another man. Check out the video below and Link above for more information.

One thought on “Suspects who killed a doordash While robbing Dennys 1 arrested 2nd identified !”