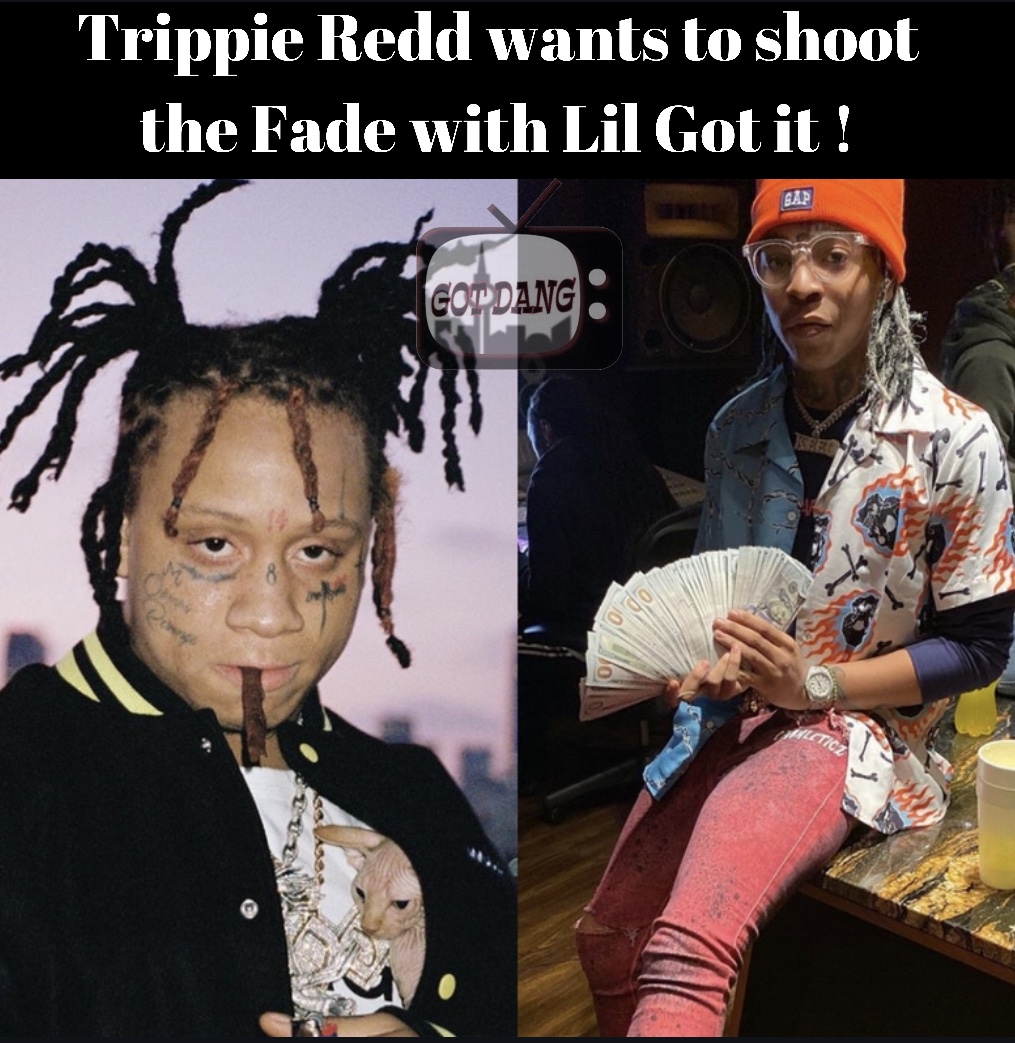 Trippie Redd wants to shoot the fade with LilGotit. LilGotit posted a video of Trippie mad about him being under his baby mother’s post. It was said that LilGotit wrote “you fine”and now Trippie is Pissed. Trippie wants Gotit to run him his fade because that was suppose to be his brother he stated. Check it out.