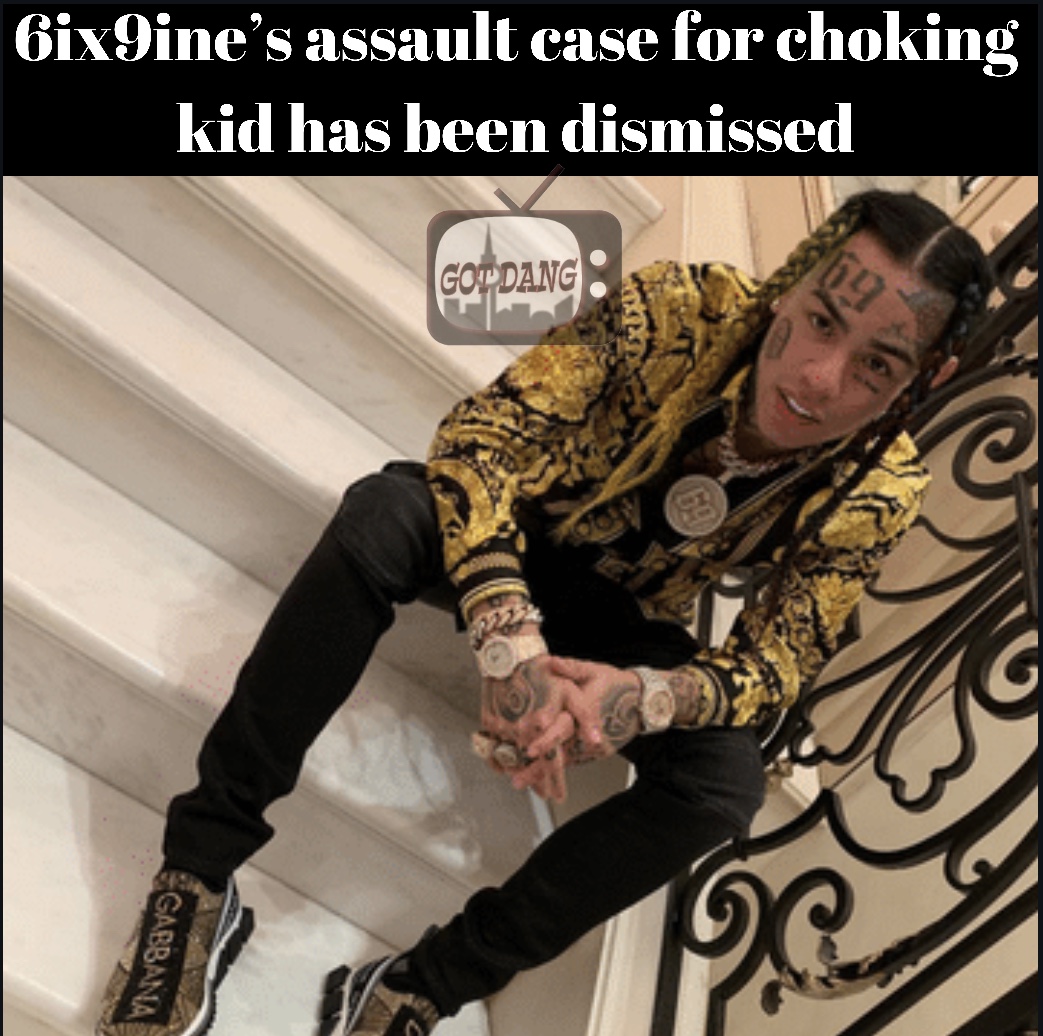 According to TMZ , his mall case has been dismissed. An alleged assault case that took place in houston in 2018 for choking a kid after he was recorded against his wishes. The kids name was Santiago Albarran was choked by 6ix9ine and he showed up to one of his court hearings. Santiago told prosecutors that he wanted to drop all charges. They took a picture right after the hearing. Prosecutors bought it and his wishes were granted. Click link above for more info.